The Universal Impact of Racial Disparities and Systemic Racism: It's Everyone's Responsibility

In these days of the globally devastating COVID-19 pandemic and the powerfully burgeoning Black Lives Matter movement, two crucial moments in human history are coalescing on the world stage in a striking overlapping pattern that seems unprecedented in scope.

Racial disparities and the pandemic are hardly mutually exclusive, and the coexisting pandemic of police brutality against communities of color is not at all separate from the socioeconomic inequalities that are, to a large extent, exacerbated and informed by the egregious systemic targeting of non-white people on multiple levels in societies around the world over the course of countless generations.

If we cannot collectively take responsibility for identifying and intelligently addressing the conditions that underly the preponderance of coronavirus disease and death borne by Native Americans, the Latinx community, and African Americans, then we also cannot begin to assuage the systemic problems that make healthcare and the machinations of our socioeconomic system so pervasively hostile to people of color and the communities where they live and work.

From active voter suppression, cynical Congressional redistricting, and the digital/educational divide to stop-and-frisk policing, chokeholds, and higher rates of morbidity and mortality in communities of color, we have power structures that disproportionately favor the material and health-related enrichment of the wealthy, the privileged, and the white while disenfranchising, disempowering, hobbling, and sickening the non-white.

Yes, the Civil Rights, Women’s Rights, Indigenous Rights, Gay Rights, and other crucial social movements that exploded in the 1960s made some laudable headway vis-a-vis unfair Jim Crow laws; systemic women’s disempowerment; the attempted razing of Native American cultural heritage, and the horrific homophobia that still appear frighteningly close in the rearview mirror. But even now, two decades into the 21st century, we at times seem to have moved backward in so many shameful ways for which there is no viable excuse, only the empty and reprehensible defense of endemic privilege, and the stunning silence of those who thoughtlessly enjoy that privilege.

Police have consistently used tear gas and pepper spray against largely non-violent demonstrators supporting the Black Lives Matter movement at a time when a deadly pandemic spread by respiratory droplets is encircling the globe.

Meanwhile, countless police officers have chosen to not wear masks while interacting with demonstrators, showing blatant disregard for the welfare of those whom they are charged to “protect and serve”.

In contrast, when armed white protesters took over a federal wildlife refuge in Oregon in 2016 due to their privileged beliefs about ranchers’ Constitutional rights, they were allowed an extended occupation while officials negotiated ad nauseum without confrontation. Woe to those occupying that national monument had they been people of color demanding rights for their own communities. (Actually, one need only look to the Standing Rock protests against the Dakota Access Pipeline to witness how indigenous peoples are treated by government entities when making demands on their own sovereign land.)

While African Americans comprise approximately 13-14% of the U.S. population, they carry a disproportionate COVID-19 disease burden. The health of children and adolescents is severely impacted by racism, and Johns Hopkins has identified common factors that cause people of color to be more susceptible to this and other diseases. To wit:

Living in crowded housing conditions. “Crowded living conditions are a difficult challenge that is the result of longstanding racial residential segregation andprior redlining policies…….It is difficult for 10 individuals living in a three-room apartment to appropriately physical distance.”

Inconsistent access to health care due to lack of insurance or underinsurance. Being able to afford doctors’ visits, medications and equipment to manage chronic disease is essential to lowering the risk of death from COVID-19 and other conditions. For instance, a patient with badly controlled diabetes or asthma due to inconsistent treatment is more at risk for severe, even deadly, coronavirus infection.

Chronic health conditions. [Golden] points out that people of color have a higher burden of chronic health conditions associated with a poor outcome from COVID-19, including diabetes, heart disease and lung disease. In a study cited by the U.S. Centers for Disease Control and Prevention (CDC), about 90% of those hospitalized with severe COVID-19 had at least one of these underlying medical conditions.

Stress and immunity. Studies have proved that stress has a physiological effect on the body’s ability to defend itself against disease. Income inequality, discrimination, violence and institutional racism contribute to chronic stress in people of color that can wear down immunity, making them more vulnerable to infectious disease.﻿

There is clearly no denying that systemic racism was a pillar of the founding of the United States. In fact, people of color were literally treated as subhuman chattel, even by “founding fathers” such as Thomas Jefferson and George Washington, the latter having a checkered history as an avid pursuer of escaped slaves and a landowner who trampled on Indian rights and fought vehemently to claim land that was in no way his to possess simply by dint of the fact that he was white and politically powerful

When Jefferson penned the infamous phrase, “all men are created equal”, he apparently forgot to insert “white” between “all” and “men”. That said, we must give this slave owner credit for knowing that the white descriptor was wholly unnecessary since it was a given among his owning class circles exactly for whom he was writing said document, and that it meant to enshrine and codify their ultimate stranglehold on power.

So, here we are in 2020, faced with the worst pandemic in a century that is clearly a yoke around the necks of American communities of color. Pair this with an ongoing systemically racist police culture that targets people of color – especially men – with undue force and heedless regard for life.

When we take a moment to again examine the aforementioned social determinants of health identified by Johns Hopkins, we can see that the system created by Jefferson and his co-conspirators more than 200 years ago was the seed for these conditions to be sewn into the fabric of American life in order to enrich the few and subjugate the many. Granted, plenty of poor white people are also kept under the boot of the American systems of oppression, and one need only look to Appalachia for one such region brimming with poor health outcomes and socioeconomic inequality.

If it truly is everyone’s responsibility to look squarely at these realities with eyes wide open and rail against them with full-throated opposition, then actions will speak louder than words, although words do indeed matter (using Jefferson’s own writings against him as one sure example).

Nurses, physicians, and other healthcare professionals can use their leverage within the healthcare system to force the rewriting of policies and procedures that fail to consider the needs of vulnerable populations, including people of color, the economically disadvantaged, the disabled, the LGBTQ community, among others. We can help move progressive colleagues further up the chains of command, eventually landing like minds in positions of power and influence where they can effect change.

This movement of more fair-minded, forward-thinking leaders into positions as healthcare decision-makers and influencers is similar to what is taking place in the halls of Congress when progressive populist leaders are elected to go to Washington, reject the status quo, and truly represent their constituents with nary a glance at serpentine corporate lobbyists’ undue influence on the legislative agenda.

We most certainly need more nurses in local, state, and federal governing bodies, and we need young people to vote, get involved in grassroots movements, contribute on a civic level, and embrace politics and legislation as means to the ends that we desperately seek for the most vulnerable among us. Letters to the editor, blogs, podcasts, social media, and all manner of citizen journalism can truly move the needle if we embrace these technologies and leverage them to our advantage.

Major police reform and restructuring are doubtlessly needed in innumerable states and cities, and fully funded services for the treatment of mental illness and substance use disorders are also long overdue. If every member of Congress had a homeless, mentally ill, or addicted family member living on the street, perhaps we could then cajole them into action. And if our elected leaders truly reflected their constituencies in terms of race, gender, sexual orientation, and cultural background, we would be that much closer to true representation of the people.

Until that day, we need to lobby in intelligent and strategic ways, shout our stories from rooftops and street corners, and do our best to hit them where it hurts the most: in the ballot box, and thus eventually in the makeup of the justice system, including the final arbiter of American life, the Supreme Court.

Hearts on Sleeves and Fists Raised

I admit that this article clearly places my progressive heart squarely on my sleeve, and I make no apologies. The time has come when people like me who hold the multiple privileges of being white, male, and cis-gendered are required to not sit back as armchair activists shouting into the echo chambers of our personal Facebook feeds where we preach to a carefully curated choir. Rather, the time has come for risk-taking, standing up for our principles, and choosing how we would like to engage in the fray.

If you’re a person of conscience, relative privilege, or a human being who simply can’t sit back one more moment while the world around you is on fire, then consider rejecting being just another Nero who fiddles while Rome burns. Instead, you can be inspired to use your voice and your feet to make your opinions heard. This doesn’t mean going to a few demonstrations and heading home to consider your work done. This means an ongoing battle for the heart – and the very survival – of our country and our world.

We can’t turn back the clock to some paradise that never existed, but we can certainly look forward to a time when denial, double-speak, and Orwellian nightmare scenarios are no longer dominating the headlines and the laws that attempt to keep us subjugated.

Unfettered police brutality, the violation of indigenous rights, violence against the transgender community, homophobia, xenophobia, culturally condoned selfishness, racism, and political malfeasance all seem to be part and parcel of American life on a daily basis.

Are we ready to push back or are we going to let the moment slip through our fingers yet again? In the final analysis, that is not a rhetorical question. 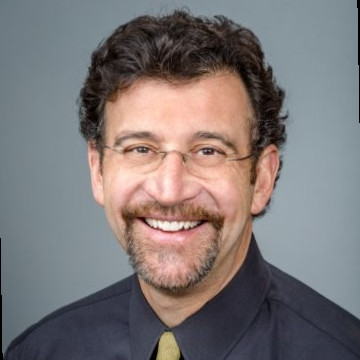 Keith Carlson, BSN, RN, NC-BC is a Board-Certified Nurse Coach, career expert, writer, social media influencer, motivational speaker, and award-winning nurse blogger. Keith’s podcast, The Nurse Keith Show, offers valuable inspiration and information for nurses seeking meaning and satisfaction in their lives and careers. His platforms reach nurses worldwide, and he can be found at NurseKeith.com and on many social media channels. He lives in Santa Fe, NM with his remarkably intelligent cat, George.

If you enjoyed this article please share it with your friends:

Back to all posts